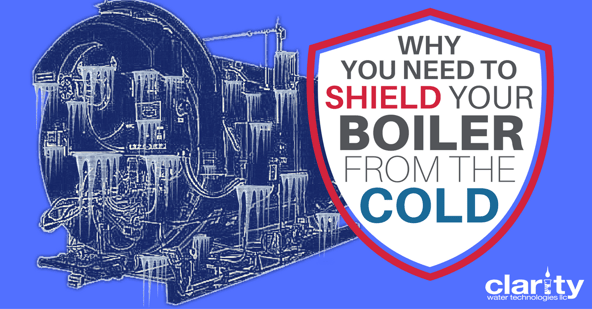 It’s winter in the Northeast and we are running into the coldest months of the year. If you operate a commercial property, now is not a good time to have a boiler failure. If you operate an industrial or manufacturing facility, there is NEVER a good time to lose a boiler! Unfortunately, this a common occurrence throughout the winter months and culprit is very often cold feed water. Monitoring your boiler feed water temperature should be an important part of your daily boiler inspection and should be worked into your overall boiler maintenance program.

As you probably learned in high school science class, metal expands when it is hot and contract when it is cooled. Remember when the teacher filled the metal gas can with hot water, put the cap back on, and then ran the can under cold water? What happened? That’s right; the can “crushed itself” almost as if by magic. This same principle can be catastrophic to a boiler. Although modern boilers are manufactured to withstand some temperature fluctuation, they are not designed to withstand severe fluctuations or even constant “mildly” severe fluctuations. In a boiler system is manufactured to precise specifications and running at them at their intended optimal operating temperatures are vital for overall system longevity. A common and underestimated issue that plague many systems during this time of year are the effects of allowing cold feed water into a hot boiler system.

Most boiler systems are designed and installed to address this issue, however, sometime hasty planning or improper operation can cause cold water related issues to pop up. Low feedwater temperatures during boiler operation have three major negative impacts:

Cold feedwater is usually less of an issue in system that return a healthy amount of condensate (75% or more); unless that condensate travels over a very long distance. In steam systems that return very little condensate, it is necessary to make up the lost water with fresh incoming water. This “make up” water is much cooler than the steam system needs to perform at optimal levels, and therefore needs to be pre-heated before entering the boiler. The best practices for accepting this makeup water in a steam boiler is usually outlined in the boiler manufacturer guidelines and often includes some type of pre-treatment regimen. ASME guidelines often calls for water to be introduced into a steam boiler at no less than 200 degrees Fahrenheit . Pretreatment of boiler makeup water often includes, but is not limited to, chemical treatment, softening and heating of the makeup water through a deaerator tank.

What is Boiler Shock?

A hot boiler can undergo significant damage if cold water is introduced without first being tempered. This phenomenon is commonly referred to as thermal shock or boiler shock. In extreme situations of an extremely hot boiler system and extremely cold feed water, catastrophic failure can happen almost immediately, however this is typically not the case. Even though the term boiler "shock" suggests that a boiler could be effected instantaneously or suddenly, the reality is that most failures happen over time. The more typical problem is stress cycling caused by the continuous heating and cooling of the internal metal components of the boiler. Thermally induced stress cycling could be causing significant damage to a boiler system over the course of a few weeks, but could happen over months or years; and is particularly common in boilers installed in hot-water heating systems. When failures eventually do occur, they are typically due to metal fatigue. Eventually the metal breaks down due to the consistent and extreme expansion and contraction.

Failures caused by boiler shock are usually not an indication of poor boiler design or manufacturing deficiencies, but instead are due to overall plant design (cutting corners) or the manner in which the heating system is being operated or maintained.

In the following video, you can see the effect of thermal boiler shock on a boiler. In this case, cold water introduced into the boiler cause micro fissures in the tube sheet and unseated many of the boiler tubes. Depending on the size and type of boiler, this type of failure could cost tens of thousands of dollars to repair.

The Use of a Steam Sparger

Avoiding boiler shock is a mechanical operation. A boiler system’s own steam is sometimes used for preheating its own feedwater. The direct steam injection into the feedwater tank referred to as steam sparging. A steam sparger is often engineered into the condensate return tank of a fire tube boiler system to maximize efficiency by making sure that the boiler does not have to work harder to transform cold makeup water into steam. Sometimes a condensate return tank may be retrofitted with a steam sparger to fix a newly developed issue with low temperature condensate; however, this must be done by an experienced engineer. Some tanks were not designed to handle the increased heat that a steam sparger will cause in the feedwater. Also, the sparge design and location affect the efficiency of the process.

While installing a sparge pipe into a condensate return take is a relatively low cost and easy installation to have performed, it could have some drawbacks depending the size and overall design of your system. While a job of steam sparger in a condensate return tank is to simply maintain a feed water temperature of 200 degrees or better, the steam sparge pipe design is not always the most efficient way to do it. Sparge pipes (simple pipes with drilled steam distribution holes) tend to produce uneven water temperature control; they can also cause water hammer and heavy vibration due to collapsing steam bubbles.

Another method of heating the water in a holding tank is through a direct steam injector or steam injection heater. This type of direct steam contact offers greater control and has the capability of addressing some of the potential downfalls and inefficiencies of the sparge pipe method.

Oxygen is present in all make up water. Oxygen causes red iron oxide to form on a mild steel surfaces immersed in water. This rust is active corrosion and it will continue until the metal is completely corroded away. If the amount of oxygen in the water is limited, the iron oxide film cannot form as easily; instead, the surface of the steel tarnishes with a very thin film of iron oxide which is not so fully oxidized as the red iron oxide caused by full oxygen exposure. This thinner film is also more dense and it tends to resist further corrosive attack. In water of with higher alkalinity, this oxide film becomes more stable and gives more protection to the steel. This is why your water treatment professional may have said to you that a little bit of rust color in your opened boiler is not necessarily a bad thing.

Maintaining a higher temperature feedwater supply also reduces the work the boiler has to do to produce steam. Increasing the feedwater temperature to 200 degrees or greater will save money in fuel costs and reducing the chances of oxygen pitting in the boiler. It will also help reduce the costs of boiler water treatment chemicals. To better understand your boiler system's chemical requirements, it is best to consult your water treatment company.

Until recently, providing a high pressure boiler with softened, nearly oxygen-free water was the benchmark and cornerstone of any comprehensive boiler water treatment program. However, new technologies in water treatment has reduced many of the complications associated with maintaining those standards. For instance, today many boiler systems can be treated with EcoSHIELD, a film-forming chemistry that virtually eliminated the need to remove oxygen or even soften the water. EcoSHIELD chemistry treats the metal surfaces of the boiler, NOT the boiler water. It bonds to steel surfaces at the molecular level and creates an impermeable protective layer between the boiler water and the metal. EcoSHIELD is so effective that it actually increases the heat transfer ratio in most boilers, which increases efficiency and reduces fuel costs – as well as decreases the instances of breakdowns and tube failures. A typical “side effect” of a boiler that is treated with EcoSHIELD is crystal clear boiler water.

Please note: The decision to use EcoSHIELD in a boiler should be made by an experienced water treatment professional. Every boiler is different, and there are many considerations that need to be assessed to determine the correct chemical program for each system. Regardless of the chemistry used, most steam boilers will benefit from the practice of operating with feed water that is at 200 degrees Fahrenheit or above.

If you would like most information regarding Clarity’s EcoSHIELD, please do not hesitate to call us.

If you would like to know more about the common issues and pitfalls associated with boiler maintenance, please download our free eBook: Ten Huge Mistakes Facilities Make in Boiler Operation and How to Avoid Them below.

As always, thanks for reading!

Clarity Water Technologies is known throughout the east coast as an innovative industrial/commercial water treatment company and the innovators of 360 Degree Legionella Management Service. To put it simply: As New York City's Top Environmental Consultants, we make commercial HVAC and industrial process machinery last longer and run more efficiently, with less fuel and less downtime, by chemically treating the water that runs through it. Typical systems that we treat include steam boilers, chillers and cooling towers; however, we also offer advanced wastewater, glycol services, odor control and fuel treatment services. We are one of Northeast’s most trusted Legionella remediation companies and are widely accepted as one of the best consulting firms to establish best practices for the implementation of ASHRAE Standard 188 - Legionellosis: Risk Management for Building Water Systems.

As environmental consultants specializing in water treatment, we know that chemistry is only one part of what makes a cooling tower system operate at peak performance. The other part of the equation is proper physical cleaning, disinfection and maintenance. Today, Clarity offers one of the most reliable and effective cooling tower disinfection services available throughout NY, NJ, CT, DE, MD and PA. Clarity is a NADCA Certified HVAC Cleaning Service Company. Our team also offers on-line cleanings, chlorine dioxide disinfection, Legionella remediation and installation of the EcoSAFE Solid Feed System—one of the most advanced water treatment systems for Cooling Towers in the world! Please contact us today for a free estimate on your next project. 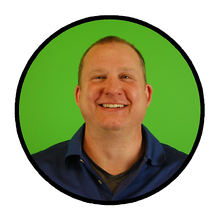